Craftsmen Interviews are designed to introduce you to dedicated, hard-working local makers that are cultivating local culture. Short, easy reads that impart valuable knowledge and... 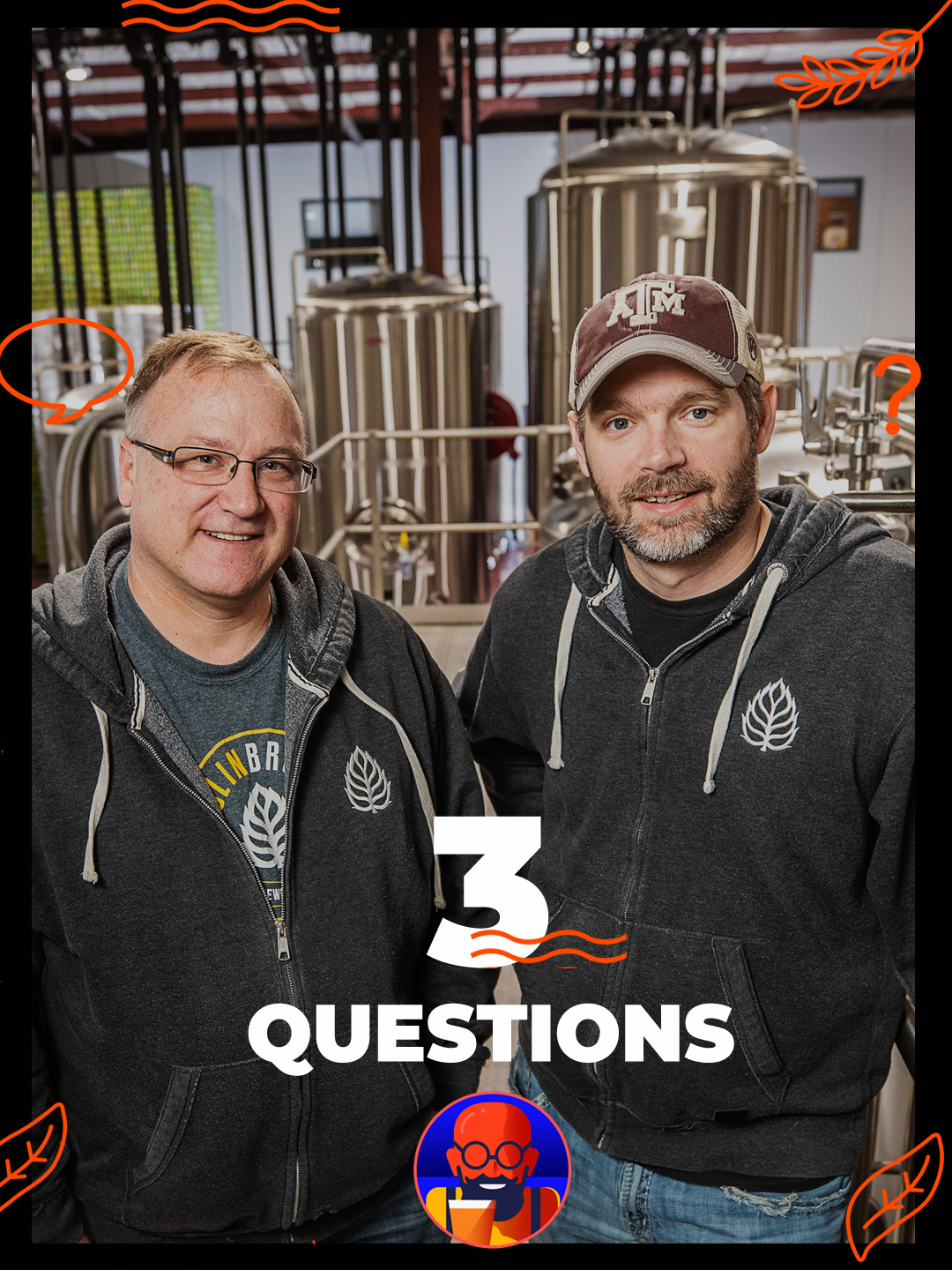 Drive just 45 minutes northwest of the Twin Cities and you can escape to Lupulin Brewery, a taproom with loads of “Up North” charm in an adventure-packed chain of suburbs.  The fun, funky aesthetic of the taproom coincides with the award-winning branding created by Marcus Paulen.  In terms of awards, Lupulin has A LOT to brag about: a successful second taproom in Sioux Falls, closing the loop on their spent grain waste with the help of local pig farms, numerous medals from both the US Open Beer Championship and the Great American Beer Festival, being named “Best MN Brewery” by Huckberry, and their individual beers are consistently found on “Best of lists” across the nation.  As if that wasn’t enough reason to visit, they also have a sours only “brewery within a brewery,” Scribbled Lines.

After relaxing in the taproom and chatting with staff and regulars it became clear that Lupulin is not just about the outstanding beer and cool vibe; it is about the passionate people behind the brand who love their community.  Stop by for a pint and you might find a curated flight to accompany the Girl Scout troop’s cookie offerings, a pack of adorable pups from the local shelter looking for a forever buddy, or Jeff Zierdt himself judging the Big Lake firefighter’s chili cookoff.  Being at Lupulin feels like being a part of a thriving community that cares about doing good and drinking damn good beer.

To hear more about Lupulin’s craft and commitment to their community, check out highlights from my interview with Jeff Zierdt, Jason Wester, Marcus Paulsen, and Mandy below.

YOUR TAGLINE IS “WORK SUCKS, DRINK BEER.”  BUT, IT SEEMS LIKE LUPULIN IS A REALLY GREAT PLACE TO WORK.  CAN YOU EXPLAIN WHAT YOU MEAN BY THAT?

JEFF: “‘Work sucks drink beer!’  People ask us about that a lot.  It’s a trademark tagline.  My business partner Matt Schiller and I came out of larger Fortune 500 companies… the tagline was meant to be tongue and cheek.  You know, work does suck, but at the end of the day, enjoy a beer with us.

We care deeply about the people who work here.  Some of the benefits for our employees include unlimited PTO, 100% company health care, and other things we’re really proud of for how we’re taking care of our employees, which are our most important assets.  But, even the brewing industry- it’s hard work.  Brewing is difficult, you’re lifting half-barrel kegs that are 150 pounds.   You’re graining out a mash ton of spent grain.  Standing up on a brew deck pushing 190.

The work might suck, but at the end, you drink what you made to celebrate making it through and you have fun with the people around you.  It’s an invitation- when you’re done with work, come celebrate and have a beer with us.”

Collaboration seems so important to Lupulin…?

JEFF: “Collaboration is bringing different industries together, whether it be brewing, distilling, or whatever.  When you work together, you learn from each other and share your processes.  You also get to enjoy the friendship of others in the industry.”

JASON: Showcasing other people that are local in your community like Tattersal is really special.  We were big proponents of their product and it’s nice to work with them, tip our hat to them, and use their barrels for our Whiskey Nuts beer or our local potato farmer’s potatoes for our Spudfest Cream Ale and be able to say we’re locally sourcing our ingredients and we know where everything is coming from.

We like pairing with local communities that have access to the brewery here- in the cities, and beyond- that we can support with Pours for a Purpose where we donate $1 for every pour on Thursday nights to a local cause, for a month.  We’ve done Pride, MS, Black is Beautiful, and many other organizations that help take care of people in and around our brewery.”

JEFF: “A lot of our focus is health and animals.   We’ve worked with organizations that work to help people with MS, ALS, and breast cancer.  We’re going to host a Metal Health for Mental Health concert, hopefully, in May.  Infinite Ingredient is our March Pours for a Purpose.  They deal with burnout and equality in our industry.  It’s a startup founded by Katie Muggli and they’re trying to raise a million dollars for employee assistance within the industry, and that is something we care about a lot, so we’re happy to support that organization. For that one, we also donate a dollar per pour and two dollars for every crowler that we sell of Brave Noise Pale Ale, which was brewed with the women of Lupulin Brewing, in addition to the donations from Pours for a Purpose for March.”

WHAT ARE YOUR “PROUD PAPA” MOMENTS BOTH AS A CRAFT BREWER AND AS A COMMUNITY MEMBER?

JEFF: “The Dortmunder winning gold at the Great American Beer Festival.  It was our first national, recognized award.  We almost didn’t enter that contest because Matt and I were trying to get the cans ready to go, and we brought in a mobile canning line and thought you could can off of a keg, which you can’t- we learned by trial and error- so we used the canning line to do all the purging and then I filled the cans manually with a beer gun while Matt then put the lid onto the can and got it sealed.  We ended up with six cases, weighed everything, and took the cans that were the heaviest. That’s what we entered.  We listened to the results live here at the taproom when we won, and I went crazy.  I screamed!  That is by far the proudest moment- winning that medal.

For my community moment, I have to say my brother, JZ’s, cancer fund.  My brother, Jonathan, passed away from prostate cancer, and every November, during Men’s Health Awareness Month, we put out our Hero Hazy IPA, which features him on the label, in collaboration with Mankato Brewing.  What we’ve given to that cancer fund all these years, both before and after he passed away, and that we continue to do it… we’ve probably donated well over $20,000 in the combined years and part of that money goes towards their box of love [a box containing items to help support, comfort, and access to information and resources worth $100 each], which my brother designed and has a letter from him inside.  Those go to any cancer patient, doesn’t have to be a prostate patient. I’m incredibly proud of that.”

A Map to Lupulin’s Recommendations (a trip to Big Lake, MN)

See Slideshow and list for a Big Lake Adventure

Allison Vincent is a writer, theatre-maker, and teacher based in the Twin Cities. She loves craft beer, travel, and lifting up local businesses. She has a rad brewery T-shirt collection. Check out her fiction a More >

DO SOMETHING ADVENTUROUS. Gift all the Versions 📚 Free Shipping & Gift Tags > $60 Dismiss